While on Facebook I came across this interesting post about the things that stop us from achieving our dreams. Sometimes it happens that you are going through a certain phase in life & you read something that strikes a cord. I am copy pasting a section from the post which I could identify with.

I heard a story when I was young that always stuck with me. If I took a $100 bill out of my pocket and offered it to you, obviously you would take it. What if I crumbled it up and dropped it on the ground? Would you still want it? Absolutely. Now what if I told you that $100 bill had been used in drug deals and prostitution and belonged to the worst people you could imagine? Would you still want it? Of course! Why? Because the value isn’t affected by its past. The value isn’t determined by who it has been around or what’s been done to it. The value can’t be depreciated by anyone else.

You have to realize that no matter what others have done to you or what labels they put on you, they can’t determine your value. Your past doesn’t determine your future and, even though you know your mistakes and you know where you’ve been let down, you are still valuable and nothing can change that. 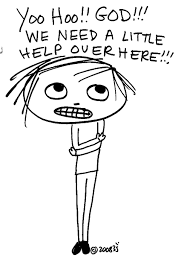 It is so easy to judge yourself based on other people’s opinions. And worse is that criticism which comes from your own family & close friends. It is as if their opinion is a fact. We often forget that some people are & always will be negative. They are petty & derive pleasure from putting other people down. Yes, they are important in our lives but allowing them to decide the course of our lives would be suicidal. Many a times people make you feel worse so that they can feel superior. It is their method of dealing with their own troubles without realising how much it impacts the other person. Or maybe they do realise but they just don’t care?