The first episode of GoT S4 was a beautiful start to the season.

Lord Tywin having those swords melted with the bone chilling ‘Rains of Castamere’ playing in the background was a rather ‘stark’ reminder of the grand success of the Red Wedding. Ice, Ned Stark’s sword was broken & melted into two, a very symbolic end to the Stark reign.

But…right at the end of the episode we have another Stark getting back another important sword. Arya gets back Needle & in the background we hear the Winterfell theme music.

To quote the maker himself:

“It was intentional that we would begin the episode with the loss of one Stark sword, and what Tywin thinks is the death of the Stark line and legacy, and end it with finding another Stark sword, and kind of implied rebith of that Stark ability to act in the world through Arya.” – D. B. Weiss

It is when they speak things like these which are so full of sense that I am wiling to ignore some of their foolish things. I loved the signals given out by these two scenes.
The things which I absolutely adored in the episode:

The scenes between Oleanna & Brienne was a total filler. The woman loves appreciating people by taunting them, yes we know that by now. Another unnecessary scene was Brienne telling Margery that Renly was killed by a shadow with Stannis’s face. Girl you have mourned Renly more than his wife ever did 😛

Gods but why did they leave out……

A wonderful start to Season 4. Now when do I get the next episode?!!

Jaime Lannister & Tyrion Lannister, sons of Tywin Lannister, the Warden of the West, Lord of Casterly Rock. The former a member of the Kingsguard of The Mad King. The latter, acting Hand & later on Master of Coins. Both of them accused of the same crime: slaying their King.

Jaime killed the Mad King to stop him from torching the entire population of King’s Landing for which he earned the title of the Kingslayer. Although he admitted his crime & many including Ned Stark & Jon Arryn, two of King Robert’s closest friends wanted him to take the Black, in the end the invisible power of Tywin Lannister prevailed & he remained a member of the King’s Guard with the drunken fool Robert only warning him jovially to not make king slaying a habit. 🙂 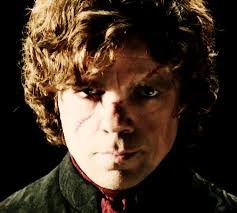 Tyrion was accused of killing his King, who was also his nephew, Joffrey. Without a shred of evidence he was arrested because his sister, the Queen Regent Cersei, daughter of Tywin, thought it was his doing. While he laid rotting in prison, many people were bribed & threatened to provide false evidences. Every single person turned against him, some for gold, some for coin, some for titles & one even for a pregnant half wit! His father very kindly, through his Uncle Kevan, asked him to admit his crimes & take the Black. But knowing his father well, the dwarf refused. The next day he was sentenced by his own father to death!

I just finished reading A Storm of Swords & I think Tywin’s hatred for Tyrion is most remarkably seen when two of his sons are treated differently by him for the same crime. While Jaime killed the King he was sworn to protect & admitted it he was protected by Tywin’s name. Yes, Tywin didn’t expressly ask Robert to forgive Jaime, but who would want the wrath of Casterly Rock & Tywin Lannister? Definitely not a newly crowned King! On the other hand, the same man did nothing for his dwarf son who claimed to be innocent. Tywin could be remarkably blind when it suited him. He claims to be “unaware” of the incestful relationship of his twins & turns a blind eye to Cersei’s determined efforts to prove Tyrion guilty. Not a single person is bothered about finding the true killer. Not the mother, not the father, not the grandfather. Such is their hurry to kill Tyrion & be done with it. The whole trial is more of a farce than anything, for all of them have already condemned Tyrion in their minds. Just a chapter or two before Tywin sentences Tyrion to death is the chapter where Jaime refuses to give up the Kingsguard & take his rightful place at Casterly Rock. Even this doesn’t prompt Tywin to look at his second son, a dwarf yes, but an intelligent one, as a possible candidate for the Rock. He is willing to take a risk of passing it on to some third person (Oberyn Martell, Willas Tyrell) when he forces Cersei to marry, but not his own son. The man who cannot emphasize enough on the importance of family reputations & legacies fails miserably in laying the foundation of his own family & legacy. A seer, a master planner, a man whose ruling principles gave Westeroes twenty years of peace & are relevant even today fails miserably in the most important choice of his life, a decision which kickstarts a chain of events from where begins the decline of the Lannister name & family.

An entire book can be written on the “what if Tywin Lannister had supported Tyrion the one time it mattered most” & it would be as interesting as the other ASoIaF books I am sure! 🙂